You are here: Home / Dating Tips / What Do You Mean He’s Not That In To You?

He never really was into you

He just wanted to hook up. (Oh, stop sobbing. You’ve done it, too.)

He found someone he’s more into

It happens. Perhaps that lovely coworker he has been pining for suddenly left her boyfriend, whom she was just not that into.

He is tired of being dragged to church…

…and malls and family reunions and baby showers.

Your friends and family members frightened him

Maybe he sees too much of your mother in you already.

His friends finally talked him into leaving you

They whined, complained, and poked fun at him because, since you came around, he can’t come out and play after dinner. 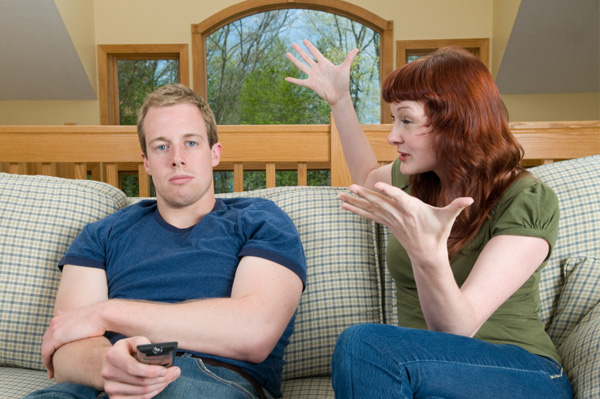 You nag… a lot

Anytime you ask him to do something more than twice, it’s no longer a reminder, it’s nagging. Nothing makes a man want to run out of the home screaming more than nagging (excluding the obvious: A bad call during a playoff game or accidentally catching his Willy in his zipper).

He’s a slob and you’re neat, or vice-versa

You don’t realize this until you share a hotel room for a week. Then, the unmade bed, clothing pile and missing toothpaste cap are sufficient reasons to check out of both the hotel and the relationship.

You cost too much

Hey, times are tough. He has to cut corners. His hand does not require expensive foreplay such as roses, sushi and La Crema chardonnay. His accountant advised him to rebuild his credit by sticking to solo nights in a dive bar with his nutritious dinner of happy hour draft beer and popcorn.

Remember that sexy number you were wearing? Those high boots with your designer jeans tucked inside them. That pink lace thong. The plunging neckline. Where did they go? Yes, you look cute in sweatpants, flip-flops and a trucker cap, but then again so does his uncle.

You used to get busy all the time:In the car, on the kitchen counter and in the hotel Jacuzzi. You used to initiate. In fact, according to the police log, you had orgasms loud enough to register on the Richter scale. Now, instead of changing positions, you change the channels. He misses those days when you used to fetch the sex towel.

It’s not so bad. Don’t be embarrassed. You, too, can learn from this or at least become more skilled at faking it. But just accept it — he’s just not that into you.

Can 20 Minutes Change Your Life?

Ready to move forward to find your soul mate? Let's start with a 20 minute conversation to get you started in the right direction.

Get Your Secrets Now!

Love Waits For You

One of the deepest feminine pleasures is when a man stands full, present, and unreactive in the midst of his woman’s emotional storms. ~ David Deida   I'll teach you how to find the guy that will stand tall for you!

Join our Master Your Love Life Dating Program and find the real answers to finding love.

Please tell me more about private Love Coaching and inner-circle love-coaching programs with Debbie. Find out how to join in the search and find your soul mate now!

Do you need to redo your online dating profile? Your online profile is more important than you know. Let's get you to stand out from the masses and attract the quality guys or classy women. Ask me how . . .